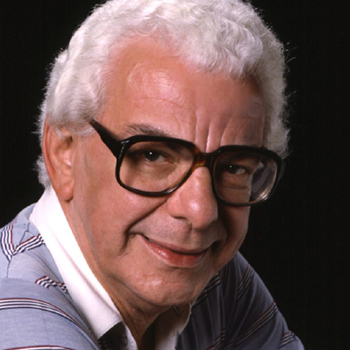 Barry Cryer was born in Leeds and educated at Leeds Grammar School and Leeds University. While appearing in University revue, he was offered a week's work at the famous City Variety Theatre, home of The Good Old Days, the longest-running television entertainment show in the world. In later years, he was to appear on the show many times. It was during this time that he was spotted by a London agent.

His variety work led him to the Windmill Theatre in London, a legendary school for comedians, whose graduates included Sir Harry Secombe and Peter Sellers, and it has since taken him to theatres around the UK. Highlights of his career include night club shows with Danny La Rue, charity shows at the Players' Theatre Old Tyme Music Hall and Two Old Farts In the Night, a collaboration with Willie Rushton which performed to full houses until Willie's untimely death in 1996. More recently, he has delighted audiences with his one-man show, The First Farewell Tour, accompanied by pianist Colin Sell and even rave reviews for his first Endinburgh Fringe show.

Quintessential panellist
Barry's television and radio work has included many panel games, including Radio 4's Just A Minute and I'm Sorry I Haven't A Clue. He chaired three shows in the first series of Clue, before settling into the role of panellist - the only time in his life when he was delighted not to get the job (which of course went to the late great Humphrey Lyttelton). For Barry, recording an episode of I'm Sorry I Haven't A Clue was "sheer joy".

Gag writer
Barry is also famous for having written gags for some of the true legends of comedy, including Morecambe and Wise, Tommy Cooper, Stanley Baxter, Dick Emery, Dave Allen, Les Dawson, Bob Hope, Kenny Everett, Sir Harry Secombe, Billy Connolly, Jasper Carrot , Jimmy Carr and Richard Pryor among many others. In fact, it has been said that the easiest way to describe Barry Cryer is that he's probably written every joke you've ever heard.

In 1998, Barry wrote his autobiography, You Won't Believe This But..., which was also broadcast on Radio 4.

After dinner speaker
On the corporate circuit, Barry has achieved legendary status as one of the most professional, amusing and erudite speakers. Admired and enjoyed by young and old alike, satisfied clients have included BT, Avon Cosmetics, countless Chambers of Commerce and Fiat - to name but a few.