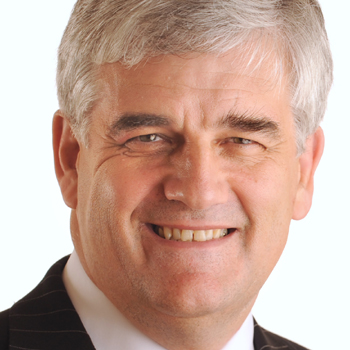 After reading Modern History at Jesus College Oxford, Chris Parry spent 36 enjoyable and rewarding years in the Royal Navy as an aviator and warfare officer. He commanded the destroyer HMS Gloucester, the Amphibious Assault Ship HMS Fearless, the UK's Amphibious Task Group and the Maritime Warfare Centre.  He also had five senior Joint and UK Ministry of Defence appointments, with responsibility for operational and developmental issues relating to all three Services.
As well as sailing every sea, he experienced regular operational tours and combat operations in Northern Ireland, the Gulf and the Falklands, where he was mentioned in dispatches for his part in rescuing 16 SAS from a glacier in South Georgia and the detection and disabling of the submarine Santa Fe.
As a Rear Admiral, he was responsible for determining the future strategic context for operations and leading the conceptual development of all three armed forces out to 2030.
Nowadays, he runs his own strategic forecasting company, advising governments, leading commercial companies and banks about strategic issues, high-level leadership and systemic risk. He helps generate competitive advantage with major companies through the forecasting of future geopolitical developments, emerging trends and investment opportunities.
A regular broadcaster and commentator in UK national newspapers and various magazines, his books include 'Down South - a Falklands War Diary' published in 2012, and the influential 'Super Highway: Sea Power in the 21st Century', published in 2014.  In November 2015, he won the Maritime Foundation"s Maritime Media Award.
Read More