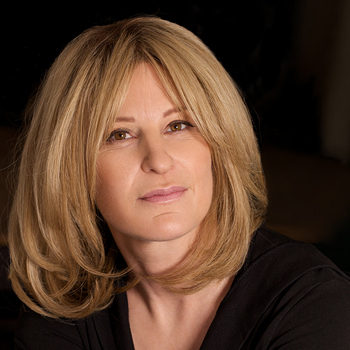 All of us have wondered how we would cope in extreme adversity. We read about people whose world fell apart in an instant, but few of them can ever articulate or analyse their experience. Overwhelmed by events, they cannot find the words.
Decca Aitkenhead used to be just like you. She was an ordinary mother, raising an ordinary family.  Until one day, out of the blue, sudden tragedy plunged her into the chasm of random catastrophe.  Hers is a unique voice, able to share with rare candour and clarity the truth of what happens when disaster strikes.
In May 2014 Decca was on a beach holiday in Jamaica with her partner, Tony, and their two young sons, Jake and Joe.  Early one morning, Tony was drinking coffee on a sunlounger while Jake paddled in the shallows, when a riptide swept the four-year-old out to sea. Tony swam out and managed to save his son, but couldn‘t save himself. Decca and Jake stood on the sand and watched Tony drown.
They had flown out to Jamaica a happy family of four. She flew back a 43-year-old widow and single mother of two traumatised toddlers, with their father in a coffin.  They went home to a remote farmhouse in rural Kent they had moved to only 12 months earlier, where they knew no-one, only to discover that Tony had not updated his will. Everything he owned now belonged to his first wife. Save for the roof over their head " and even that barely a roof, but a half-renovated building site " they had lost everything.
On the first anniversary of Tony‘s burial, Decca told herself she had survived the worst year of her life. Nothing could ever be worse than the darkness she and her sons had endured. Five days later, she discovered she had breast cancer " the disease she had lost her own mother to when she was only nine years old.
Decca is one of Britain‘s leading journalists, an award-winning interviewer for the Guardian and an accomplished broadcaster. Her highly acclaimed memoir about the horrors she has faced, All At Sea, won universal praise for its unparalleled honesty. Aitkenhead‘s loss," wrote the Times, is our gain." No-one has given us such a clear-eyed, illuminating, intelligent account of devastation, and Decca speaks as eloquently as she writes.
Discover from her why most of the things we say to someone in crisis are wrong, and how we can actually help. Learn what survivor‘s guilt really is, and why people in shock can behave in ways that seem mystifying. Hear the truth about loneliness, what it really feels like to be told you have cancer, and what children truly need when their universe shatters.  From Decca you learn how to be a truer friend and stronger person.

Award winning journalist who suffered two tragedies, yet bounced back with an inspiring and uplifting memoir. Her partner died in a freak accident while on holiday (he got caught in a rip tide). She then discovered his life insurance went to his ex-wife as he hadn’t updated his will, and she then developed breast cancer. Despite all that, she’s rebuilt her life, brought up their children and is renowned journalist and interviewer.