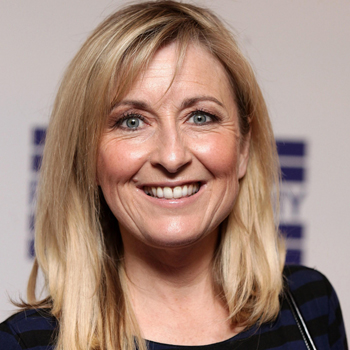 Fiona Phillips was the main anchor on "GMTV" before stepping down in 2008.  On any particular day, Fiona may have been interviewing the Prime Minister, a pop star, or a grieving family in the midst of a news tragedy. Her compassion, humour and journalistic skills have made her one of Britain's most popular presenters.

She has subsequently presented a number of programmes and documentaries including 'Mum, Dad, Alzheimer's and Me' for Channel 4 which was part of the acclaimed Dispatches series and also released an autobiography 'Before I Forget - A Daughter's Story'.

Fiona was born in Canterbury and educated in Southampton. She graduated from the University of Birmingham with a BA (Hons) in English and trained as a radiographer. She then decided to change direction, taking a Post Graduate Certificate in Radio Journalism. She worked for local radio stations County Sound, Hereward and Radio Mercury, before moving on to present BBC's "South and East Weekend Programme" and later joined Sky News as a reporter before being promoted to Entertainment Editor.

She joined GMTV at the beginning of 1993 as entertainment correspondent and soon became GMTV/Reuters Television's L.A. correspondent. For two years Fiona provided daily/weekly reports, features and celebrity interviews and covered a variety of news stories including the alleged Michael Jackson child molestation case, L.A. earthquake and the O.J. Simpson trial. She interviewed some of the screen's hottest names including Jodie Foster, Clint Eastwood, Leonardo Di Caprio and Mel Gibson.

In 1996 Fiona was nominated for the RTS Interview of the Year Award.  She has also presented Carlton's entertainment guide "Good Stuff", LWT's Friday evening entertainment show "Start the Weekend" and also LWT's "Sunday Night".  She is involved in numerous charities and is a patron of Cancer Research Campaign, Stroke Association, Parkinson's Disease Society, The Children's Society and PDSA.