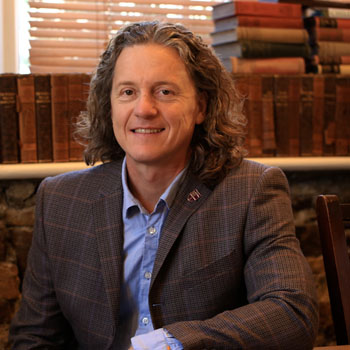 Gary hasn't always been an astronomer, but looking up into the night sky had been a love of his for as long as he could remember. But living in the north east didn't provide many opportunities for employment in astronomy and he had a family to support. So he worked on building sites for 25 years and his love of astronomy was a secret.
But he decided that his destiny was down to him and he set about a journey that would change the rest of his life. He met David Sinden who introduced him to the quiet darkness of the Kielder Forest and once introduced the rest was history - Gary was hooked on the natural environment of the forest and the sky, mesmerising and tranquil. He began chatting to people about astronomy but had never fully realised how much he enjoyed it - and people liked listening to him.
He hit upon the idea of building something more permanent; somewhere people could observe and learn about the sky in safety and comfort and therefore decided to build an observatory. It was to be modest and simple with no frills, and costing around £1500. He was struggling to raise the money, until a chance meeting with Peter Sharpe, the Art and Architecture curator for the Kielder Water and Forest Park. It was an association that would quite simply revolutionise the landscape of tourism in the Park and change Gary's life. The observatory would be part of art and architecture in the Park but required a budget of £150,000 to build .
In 2008 the observatory was opened by Gary's friend Sir Arnold Wolfendale from Durham University. Since its opening it has attracted nearly 100,000 visitors and now attracts nearly 25,000 people per year.
Gary believes that humans are curious and want to learn and understand more about the universe, to stare out into the cosmos knowing that we are not alone, that we are a part of the most incredible story ever. His mission is simple, built on the success of the Observatory's performance, take it to the next level and put the UK on the map for astronomical outreach, to make the Kielder Observatory the best British public observatory in the world for future generations, where not only children but people of all ages, will be inspired and amazed at the beauty of the universe around them.
Gary's many media appearances include: The Sky at Night, Robson Green's Northumberland, BBC Stargazing Live, BBC Newsnight, Searching For Light documentary filmed on location at European Southern Observatory sites in Chile and BBC Radio 4 Today programme.
Read More