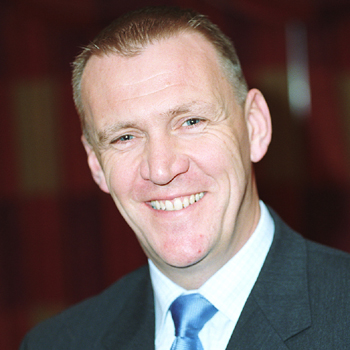 Graham Poll is said to be the most well known and most experienced English football referee of all time. Whilst his achievements are considerable, including the last FA Cup Final at Wembley stadium in 2000 and the first referee to reach the milestone of refereeing 300 Premier League matches he will always be remembered for issuing one player with 3 yellow cards at a World Cup match during the 2006 final competition in Germany 2006.

Educated at Alleyne's School in Stevenage, Poll was motivated to achieve at the earliest possible age so left education to follow a highly successful sales career in the FMCG marketplace after learning the principles of selling in the business to business world of office equipment with Canon UK Ltd.

An excellent communicator and presenter, he quickly progressed to first and then second line management and for 7 years oversaw a rapidly expanding direct sales force at Coty UK alongside his refereeing career. Forced to leave full time employment in 1999 due to his dedication to achieving world recognition in football, Poll started his own business with another ex- sales director from Hays and fellow International referee, Graham Barber. Together they developed an internet site which they negotiated the sale of for £1.5m in 2001 before becoming a full time professional referee.

Poll is available to speak to businesses where he combines his sporting experiences to those of his sales world producing a humorous and insightful view of the importance of MOTIVATION, TEAMWORK and LEADERSHIP.

"Graham was spot on, he went down really well with the audience, very happy with him."
Graham hosted the What Mortgage Awards in May 2008

"The speakers were fab[ulous] & went down very well."
BT on Jeff Probyn, Graham Poll & Rod Woodward who spoke at a BT sporting dinner in December 2007