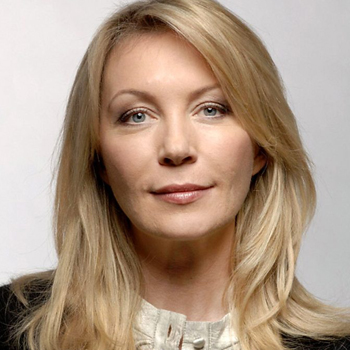 Kirsty Young is the presenter of the long-running BBC Radio Four programme Desert Island Discs and is one of the best known voices on radio. She won the role in October 2006 and continues to interview a varied selection of guests such as Yoko Ono and Ricky Gervais.

Kirsty was formerly the host of one of BBC1's flagship programmes Crimewatch for seven years and was also the face of Channel Five News.
During her time at Five she received the prestigious Sir James Carreras Award for Outstanding New Talent at the 46th Variety Club Showbusiness Awards and Newscaster of the Year at the TRIC (Television & Radio Industries Club) Awards.

As a news presenter she also presented ITV's News at Ten, ITV Evening News and Lunchtime News. She was the sole-anchor for the live coverage of 9/11 for five hours for ITV. She has also hosted a range of primetime programmes for the network including Rat Trap, The People Versus and What will They Think of Next.

Since moving to the BBC Kirsty has presented a number of documentary series including The British Family and The British At Work, fronted high profile events, such as the one-off interview of Sir David Attenborough on his 90th Birthday and has been a regular host of Have I Got News For You on BBC2.

An iconic figure and host for corporate events.