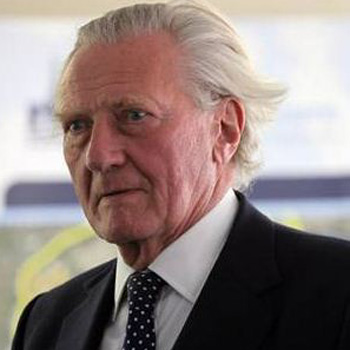 Michael Heseltine resigned his Henley-on-Thames constituency at the 2001 election but remained outspoken on British politics. He was given a life peerage as Baron Heseltine, of Thenford in the County of Northamptonshire.

In December 2002, Heseltine controversially called for Iain Duncan Smith to be replaced as leader of the Conservatives by the "dream-ticket" of Kenneth Clarke as leader and Michael Portillo as deputy. He suggested the party's MPs vote on the matter, rather than party members as currently required by party rules. Without the replacement of Duncan Smith, the party has not "a ghost of a chance of winning the next election", he said. Duncan Smith was removed the following year. In the 2005 party leadership election, he backed the young moderniser, David Cameron.

Following Cameron's election to the leadership, he set up a wide-ranging policy review. Chairmen of the various policy groups included ex-Chancellor Kenneth Clarke and other former cabinet ministers John Redwood, John Gummer, Stephen Dorrell and Michael Forsyth, as well as ex-leader Iain Duncan Smith. Heseltine was appointed to head the cities task force, having been responsible for urban policy twice as Environment Secretary under Margaret Thatcher and John Major.

He is now a keen gardener and arboriculturalist and his arboretum is one of the most important private collections of specimens in the UK. It was featured in a one off documentary on BBC Two in December 2005