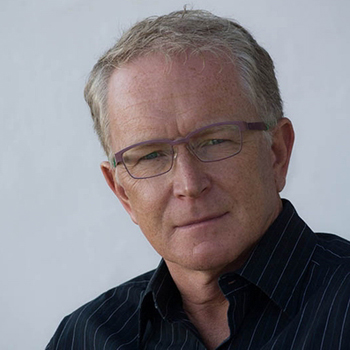 Mark is a versatile, popular presenter and actor, in show business since the age of seven.

His television work includes the garden makeover series Gardening Angels for UK Style, playing the role of Kevin in Last of the Summer Wine and presenting on Thomas Cook TV as well as contributing to BBC Breakfast.

He began his career in 1969 as a regular performer in Yorkshire TV's Junior Showtime and stayed for six years.  This led to him being cast as the Producer in Alan Parker's classic film Bugsy Malone

After leaving school Mark presented Calendar Kids, again for YTV, then became a regular presenter on BBC children's programmes such as The Saturday Picture Show, Screen Test, Make 'em Laugh, Treasure Houses and Blue Peter (where he stayed for 4 years).   He also co-presented Record Breakers in the 90's.

Mark regularly stood in for Gloria Hunniford on Channel 5's Open House.   His love of food led him to be asked to present Taste Today for the Carlton Food Network and Taste TV.   As well as hosting daily live shows, he reported from India, Singapore, Cyprus, Italy, France and Ireland.   BBC daytime asked Mark to present the furniture makeover programme Change That for three years and he also fronted TV Travel Shop.   Mark joined Sophie Grigson to present Recipe For Disaster for Carlton Television and was thrilled to become a game show host on ITV's Catchphrase.

BBC Radio 5 offered Mark a regular weekend sports based show Weekend Edition when the network began (gaining a TRIC award and Sony nomination) and his passion for and knowledge of tennis led to him joining the Radio 5 commentary team for their coverage of Wimbledon.   Recent radio includes LBC, Five Live and Radio Wimbledon.

His theatre work includes the Victoria Wood play Talent, a six month West End run of Woman In Black and national tours of Billy Liar, Charlie's Aunt, Noises Off London Suite by Neil Simon and Far From The Madding Crowd.   He is a regular Alan Ayckbourn actor at the Theatre Royal in Windsor and has appeared in many pantomimes.  To mark the 80th birthday of Stephen Sondheim, Mark played Larry in Company, at the Southwark Playhouse, West End Fringe in 2011.