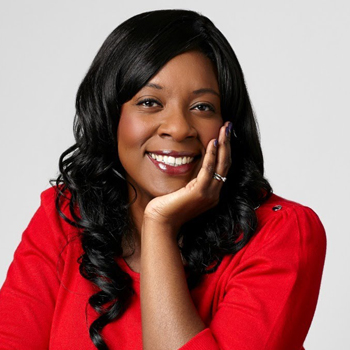 Marverine Cole was born and bred in Birmingham and has thrived on uncovering news stories for the last ten years - from heading out with local police on dawn drugs raids to interviewing Hollywood A-lister, Will Smith.  She was then poached by Sky News to present the five-hour 'World News & Business Report' show.
Now a main presenter and host for the shopping channel QVC, Marverine is associated with the UK's top beauty brands.
She has been in the media business for over 25 years and her work has included roles as both TV newsreader and live news presenter.  She has also devised, produced and presented programmes for BBC Radio WM, BBC Asian Network and BBC Radio 5 Live.
An experienced awards and event host, Marverine is also one of the UK's very few female beer sommeliers and is an expert on the stuff!
Away from the TV studio Marverine adores indulging in retail therapy and spending quiet evenings settled down in front of the television with her husband.
Read More