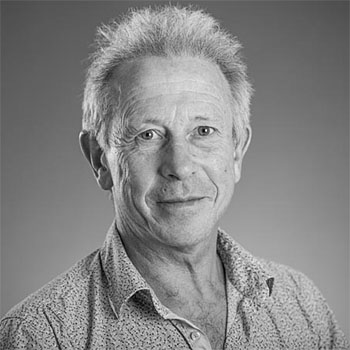 Founding Member of Surfers Against Sewage and Former Sustainability Director of the Eden Project; Chris Hines MBE now has a new initiative Grain of Sand.

The organisation works to help inspire, catalyse and drive positive change in a range of areas.

Chris is a highly respected communicator and driver of positive change. He was founder and Director of Surfers Against Sewage for 10 years. Described as “Some of the governments most sophisticated environmental critics.” By BBC News and Current Affairs and “Britain’s coolest pressure group” by The Independent. SAS were runners up in the 1999 Green Politics Award.

With a strong focus on “solution to problems”, he helped deliver £5 billion spend on UK coastline. Chris has given evidence to Commons and Lords Select Committees, Monopolies and Mergers Commission and the European Parliament and Commission and was called as a special advisor to the Rt.Hon Michael Meacher MP Minister for the Environment.

Chris sees effective communication as a key driver to change and has appeared on everything from Panorama to BBC Newsnight live, BBC Children’s TV and the BBC World Service and CNN Skewed View.

In June 2008 Chris received an MBE in the Queen’s Birthday Honours list for “services to the environment.”

From 2001-2007 Chris was Sustainability Director at the Eden Project.

In 2006 Chris was joint-winner (with Glenn Hening from the USA) of the first international Surfers Path Green Wave Awards for his contributions to the surfing and environmental world and was featured as one of the Daily Telegraph's Eco Heroes.

Whilst project managing the Blue Gym project A Grain of Sand commissioned and oversaw the production of the Blue Gym promotional film which won a Royal Television Society Award.

Chris is also a YIMBY – Yes In My Back Yard – having campaigned for sewage treatment works, he lives next to one!