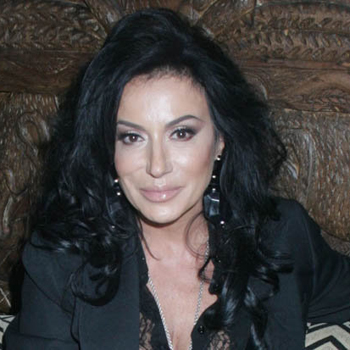 No stranger to the front pages following acres of often speculative newsprint but few people know the real Nancy Dell'Olio.
A fascinating, highly intelligent and enigmatic woman, this lawyer and businesswoman was born and brought up in New York and Rome and is a true internationalist, a citizen of the world who supports many charities and holds committed views on politics and world affairs.
As a speaker, Nancy focuses on Sustainability, Women's Issues and Leadership, delivering her thoughts, opinions and views with a charisma that engages audiences and provokes discussion and debate.
Now living in London, Nancy has adopted an English lifestyle which she combines with an Italian style and temperament. She is a successful commercial lawyer advising clients on business transactions, many of which involve public affairs, and often bringing people together to form successful ventures.
Nancy has appeared on numerous TV programmes as a presenter and panelist. She has been interviewed on 'Newsnight'and has hosted the MTV show 'Footballers' Cribs' where she gave viewers tours of the luxury homes of English football players.
In 2011, partnered by Anton du Beke, Nancy took part in the BBC's 'Strictly Come Dancing'.
She is Ambassador for the Clinton Foundation and the Red Cross, chairman of 'Truce International' and has collaborated with 'The Tony Blair Foundation'.
As a child Nancy survived a serious accident that nearly killed her and later in life she encountered several crises that placed her in the media spotlight, she overcame these challenges with a combination of determination and a positive outlook on life.
Believing that life is too serious to be taken seriously Nancy values her sense of humour which has proved to be a great asset for communicating with people from all walks of life.
As of February 2012, Nancy contributes to The Sun on Sunday.
Read More