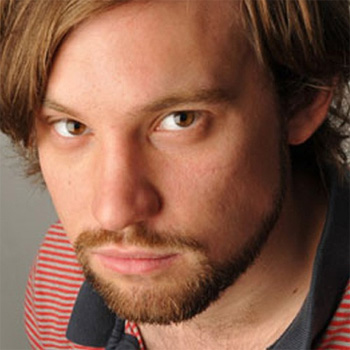 His Imperial Highness Prince Nazim Ziaeddin Nazim Osmanoglu is half-English poshboy, half-Turkish warlord (his Dad is Turkish and his mother is English) and wields the only scimitar he's got - a sharp sense of humour and a claim to the Turkish throne.
Winner of the Amused Moose Laugh-off Competition, Chortle Best Newcomer Nominee 2010, and Runner-up in So You Think You're Funny, Naz Osmanoglu, has hit the London comedy circuit running.
Already a fringe veteran with acclaimed, irreverent sketch trio WitTank (with whom he cut his comedy teeth while at Durham University) Naz is now diverting his angry Anglo-Turkish energy to stand-up performances as well as sketch comedy.
Naz was selected to be one of the new stars on Laughtershock for BBC Three, a hybrid of stand up and sketch comedy, and returned to Edinburgh in 2010 as a performer in The Comedy Zone, the fringe's longest running new talent showcase and with another sellout show with WitTank.
Naz returned to the in Edinburgh fringe in 2011 with his first solo show, 1000% Awesome and with another show from WitTank. He has also appeared on Russell Howard's Good News show.
He is a name to remember, however difficult that might be. Very confident, very original and tightly performed.  Richard Herring
Read More