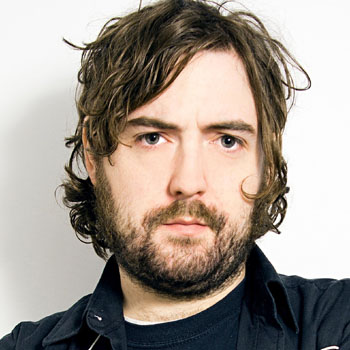 Since starting out in stand-up comedy in 2007, the talented and enthusiastic Nick Helm has been quickly gaining attention for his unique, powerful and above all hilarious blend of one-liners, stories, poems and songs. In addition, he is also a strong, energetic compere and host.
In 2010 Nick took Edinburgh by storm, appearing in two shows. He was seen at the Big Value Early Show at Just the Tonic @ the Caves and performed his own solo show 'Keep Hold of the Gold' Downstairs at the Tron.  The show became one of the 'must-see' shows of the festival, garnering huge attention from across the industry and winning rave reviews from the press.
In 2011, Nick's second show 'Nick Helm: Dare To Dream'  was a big hit at the Edinburgh Comedy Festival and he was nominated for the Foster's Edinburgh Comedy Award for Best Show.  In 2011 Nick also filmed two episodes of new programme 'Show And Tell' for E4.
2012 saw Nick's third solo show 'Nick Helm:This Means War' had a sell-out run at the Edinburgh Festival. Nick also recorded a pilot for Radio 4 and starred in 'Uncle' on Channel 4.
As well as performing solo stand up, Nick is also half of the double act 'Helm & Taylor' (with Paul F Taylor) and they reached the final of the Laughing Horse Competition 2009.
He is the creator of the innovative 'My First Gig', a live comedy night where stand ups dissect their first ever performances. 'My First Gig' also aired on Resonance 104.4 FM radio.
Alongside his career in comedy, Nick is a regular contributor to Fix Magazine as its film editor.
Read More