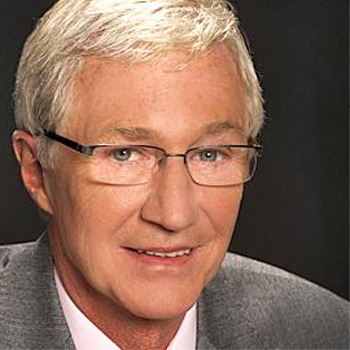 Paul was born in Birkenhead on the Wirral and moved down to London when he was 18. Before finding fame he had a variety of jobs including everything from cleaning to social work.

He first found success as his alter ego - the blonde bombsite herself, Lily Savage. Lily became a cult figure after appearing regularly at cabaret bar The Royal Vauxhall Tavern. She became one of Britain's most popular comedians and launched her TV career by interviewing celebrities on the bed in Channel 4's Big Breakfast.

She signed an exclusive contract with the BBC and and her hit shows included Sunday primetime series The Lily Savage Show and of course Blankety Blank. She could also be seen packing out theatres across the land with the cult musical Prisoner Cell Block H and sell-out stand up shows. Then ITV poached her from the BBC and she made two series of the award winning Lily Live and more series of Blankety Blank.

But showbiz became too much for Miss Savage and Lily made her last appearance in the sell-out West End pantomime Snow White and the Seven Dwarfs in 2004. These days she's happy out of the limelight living in a convent.

Paul then acted as guest host on Today with Des and Mel - keeping Des' seat warm for a couple of weeks. He loved the challenge of a daily live show so much that he decided to come up with a show of his own.

The Paul O'Grady show launched in October 2004 and became an instant success, taking everyone by surprise including Paul and ended up moving to Channel 4.

When he's not working Paul spends a lot of time on his farm. His animals are treated as pets and all spoilt rotten.