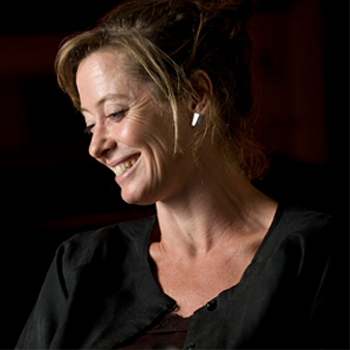 Kathy Sykes is a physicist, academic and broadcaster and has been Professor of Sciences and Society at the University of Bristol since November 2002.
She has presented various BBC2 and Open University TV series including Rough Science, Ever Wondered about Food, Alternative Therapies and Alternative Medicine.
Kathy has worked with the Open University and the new Einstein TV channel, and helped to create and also co-directs the Cheltenham Festival of Science and NESTA Famelab - a national UK competition which talent spots and trains new faces in science communication.
As Head of Science for the hands-on science centre Explore@Bristol, Kathy was responsible for the overall science content of the award-winning centre, which was voted best tourist attraction of the year in 2000.
Awarded an Institute of Physics prize for physics communication in 2000, Kathy regularly gives lectures and workshops and is heavily involved in the communication of science to the public through television, radio, talks and exhibitions.
She is a member of the Council for Science and Technology (CST), the UK government's top-level advisory body on science and technology policy issues. She has also sat on advisory panels in public engagement in science for the Royal Society, the Wellcome Trust and EPSRC.
She won the 2006 Royal Society Kohn Award for Excellence in Engaging the Public with Science. She holds an honorary D.Sc. degree and honorary fellowship from the University of Gloucestershire.

Physicist, academic and broadcaster who is Professor of Sciences and Society at the University of Bristol. She has presented programmes for BBC2 and the Open University