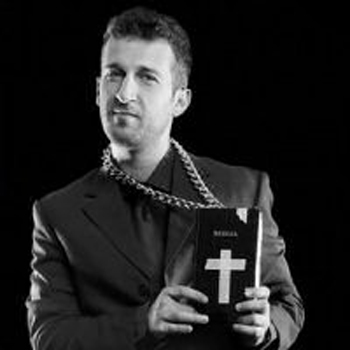 Romanian stand up comedian who has successfully made the transition into English speaking comedy.
Known in Romania as a comedians comedian, in 2015 he decided to move to London and, in his own words, became just an unemployed person with a hobby.
His style of political/surreal/observational comedy is refreshingly unique.
In 2016, prior to winning through to the final of Amused Moose Laugh Off, Radu won The King Gong at The Comedy Store London, The New Act Night at The Comedy Cafe and The Blackout at Up The Creek Comedy Club.
"Nicely treads the line between weird and relatable. Nice work.  Chortle
Read More