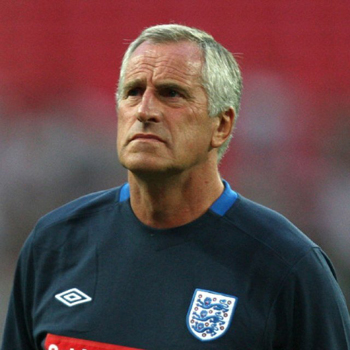 Ray Clemence was born in Skegness on 5 August 1948 and, for a goalkeeper who was to become one of the best in the English game, the early part of his career was less than spectacular. He first joined Notts County as a junior, but signed for Scunthorpe in August 1965. After 48 appearances for the Third Division side, he was signed by Liverpool.

Ray had to wait a long time for his first-team debut. Tommy Lawrence was still number one choice at Anfield, and Ray did not get his chance until the 1969-70 season. He had, however, perfected his skills playing reserve-team football, and was ready to play a major part in Liverpool success story over the next decade.
Ray Clemence had in fact played once for the first team in his first two years at Anfield - a League Cup tie against Swansea in which he managed to keep the first of many clean sheets while with the club. His League debut followed in early 1970, a one-off just before Liverpool's FA Cup defeat at Watford that sparked Bill Shankly's rebuilding programme.
Playing behind one of the best organised defences in football, Ray claimed nine winner's medals - five for the League Championship, one for the FA Cup and three for the European Cup. He also played for England on numerous occasions and would have won far more caps had his career not coincided with that of Peter Shilton.
Having played more than 500 games for Liverpool in all competitions, and at the age of 33 - when many footballers and even some goalkeepers are considering hanging up their boots - Ray moved to Tottenham Hotspurs. He played for Spurs until early in the 1987-88 season, making a further 240 League appearances, before eventually deciding to call it a day. Having taken his total of England appearances to 61 in a remarkably long and distinguished career, he joined Glenn Hoddle's England set-up in 1996.