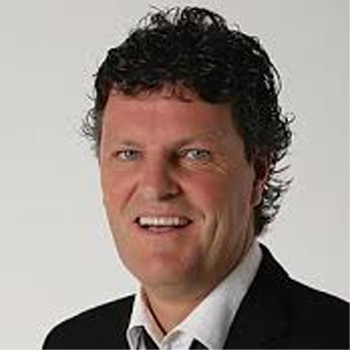 Robert McCaffrey is a British television presenter,  best known for presenting football shows such as 'Goals On Sunday' and 'You're On Sky Sports'.
He replaced Jeff Stelling as presenter of Soccer Special (the midweek version of Soccer Saturday) and enjoyed a spell presenting live Nationwide Conference matches.

Educated in Edinburgh, he then attended the University of Liverpool where he studied for his BA.  He then took a post-graduate degree in journalism at Lancashire Polytechnic.

After minor jobs at local radio stations in and around Nottingham, Rob joined Radio Merseyside in 1986, becoming a news reporter. Two years later he graduated to the rank of News Producer at BBC Radio Shropshire but left the world of radio to begin a career in television in 1987.

Starting at Granada TV he presented and reported on local programmes, including the north west football show 'Kick-Off'.
McCaffrey was nominated for a Royal Television Society award for a documentary he produced featuring John Barnes and an interview with Nelson Mandela. The programme was filmed in 1994 during Liverpool's preseason tour to South Africa.
Before joining Sky Sports as host of 'You're On Sky Sports', Rob worked as a radio presenter on TalkSport. He has also presented a number of Manchester United and Liverpool videos and is a lifelong Liverpool F.C. fan. In 2007 he was signed up by Showtime Arabia to present their English Premiership coverage.
Read More