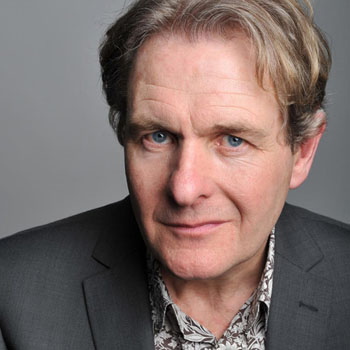 Put Alex on your Guest List! Alex is a city institution. His cartoon about life in the City of London appears every day on the front page of the Daily Telegraph Business Section and is widely lauded.
The part of Alex is performed by Robert Bathurst. Robert is best known for his role as David Marsden in the hit ITV series Cold Feet and whose other roles include Mark Thatcher in Coup! and the Prime Minister in  Ian Hislop's My Dad's The Prime Minister.
Alex - Live features the country's favourite obnoxious cartoon investment banker. His theatre show enjoyed such a successful run in London's West End in Autumn 2007 that it returned in 2008 having conducted a brief world wide tour while a shortened concise version, ideal for corporate entertaining be it after dinner or as part of an awards ceremony, is now available.

Everybody's favourite cartoon banker (he appears in the Telegraph and has a show on Classic FM) is brought to life by Cold Feet's Robert Bathurst in this hilarious parody of city life, ideal for corporate events.