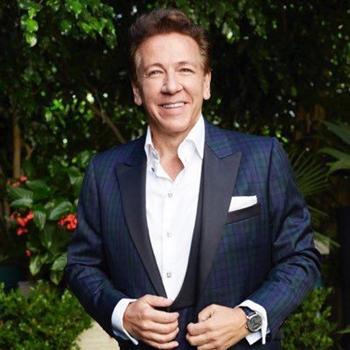 Ross King, MBE, is a multi award winning Los Angeles based journalist/live broadcaster seen daily in the UK and Europe on ITV’s 'Good Morning Britain' and 'Lorraine' as their US correspondent.

Ross has hosted over 30 television series for BBC, ITV and SKY, including “Holiday”, “The Ross King Show”, “Hot Chefs”, "The 8.15 from Manchester” and for five years he hosted the BBC’s live daily chat and entertainment show “Pebble Mill”. On American National television Ross hosted “The Hollywood Christmas Parade” and “The Critics Choice Movie Awards Red Carpet”. For many years Ross was the Entertainment Anchor on KTLA/The CW Channel 5’s Prime News winning numerous awards including four Emmy’s and a Golden Mic.

On Radio, Ross became Britain’s youngest daytime host on Scotland’s Radio Clyde, winning many awards in the process; the highlight being a prestigious Sony Award. He has hosted thousands of radio shows, including London’s Capital Radio and the Euro Chart for the UK. On BBC’s National Radio 5, he hosted a variety of shows including “Fantasy Football” and received another Sony Award for coverage of the Olympics. On the UK’s national Talk Radio he hosted “OK to Talk” and “Ross King’s Sports Stars”. He also achieved a lifelong ambition co-hosting the American Weekly Top 40 countdown alongside the Legendary DJ Rick Dees. His radio show “The King in LA” has been syndicated across the UK.