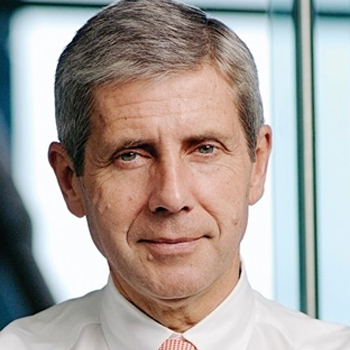 Stuart, Lord Rose of Monewden is former Chief Executive and Chairman of Marks & Spencer, and one of the most highly-regarded business leaders in the country, a leading authority on retail and management with a reputation and track record for turning around struggling retailers. Lord Rose also drew on his experience in leadership, motivating staff and creating a culture where people are empowered when working as an NHS advisor.
He began his working life as an administrator at the BBC before becoming a management trainee at Marks & Spencer. He spent seventeen years there before moving on to become Chief Executive of the Burton Group. He then became Chief Executive of Argos and Booker before being appointed as Chief Executive of the Arcadia Group in 2000. The company was in financial difficulties but he turned the business around and presided over its sale two years later to Philip Green.
Returning to Marks & Spencer in 2004, this time as Chief Executive, he fought off a high-profile takeover bid. His energetic and charismatic leadership and business acumen improved the company's performance dramatically. He is known for glamorising the Marks & Spencer brand most notably evident in the advertising campaigns of recent years which starred well known personalities such as Twiggy and Mylene Klass.
As well as reinvigorating its fashion lines,  the stores were redesigned, and the food department became a by-word for quality. The company was committed to working with customers and suppliers to combat climate change, reduce waste, use sustainable raw materials and trade ethically. Its vision and implementation (Plan A) - from reducing packaging to developing standards for sustainable farming - has set a standard for ethical, sustainable business.
Sir Stuart has won a number of prestigious awards for his business achievements,
including the 2006 Business Leader of the Year from the World Leadership Forum. Sir Stuart was promoted to joint Chairman & Chief Executive of Marks & Spencer in 2008 and was knighted in the same year. He stood down from his role at M&S in 2011. In August 2014 he was appointed a member of the House of Lords.
Stuart is an impressive keynote speaker on business issues including change management, leadership, corporate social responsibility, retail strategy and customer service.
He continues to have a portfolio of business interests including mobile commerce (he is a self confessed gadget freak!) and the chair of Ocado.

Former Chief Executive and Chairman of Marks & Spencer. A stalwart of business, and a leading authority on retail and management with a reputation and track record for turning around struggling retailers. He is an impressive keynote speaker on business issues and has just been appointed to the House of Lords.