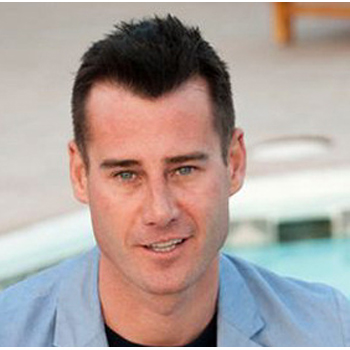 Tim Vincent is a very well known presenter in the UK, from Blue Peter and Emmerdale to the National Lottery. He is also passionate about property and has bought and renovated several houses. AN enthusiastic animal lover, Tim is particularly proud to be an Ambassador for Hearing Dogs, and has hosted their awards show several times with the Princess Royal.

For over eleven years Tim has been a presenter on NBC'S six nights a week entertainment show Access Hollywood, interviewing A-list movie stars.
He lived in the US for three years and was the first Brit to guest host CBS's Who Wants To Be A Millionaire.

Since basing himself primarily in the UK Tim has also hosted various shows including This Morning, Famous and Frightened for Sky One and NBC's coverage of the London Olympics. Tim has also hosted many corporate events including the Specsavers Awards, Wella, Charles Worthington's BAFTA Show, Winalot, Fragrance Awards.

Tim's first TV role was playing Billy Ryan in ITV'S Children's Ward before becoming the youngest ever male presenter of BBC'S Blue Peter. This led to hosting the Clothes Show, the BAFTA winning Short Change, playing Marty Dangerfield in BBC'S Dangerfield for several years and Channel 5's Attractions. He then joined the cast of ITV'S Emmerdale for a year.

Tim has also hosted the BBC'S Millennium 36 hour live show and SKY 1's There's Something About Miriam and Fully Booked.