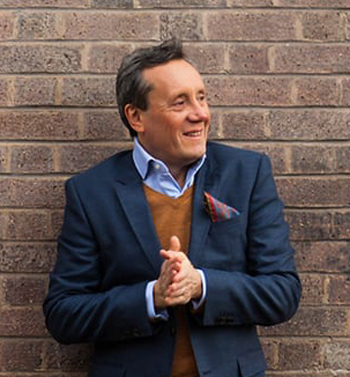 Javier Bajer is a cognitive psychologist and one of the foremost specialists in Leadership Performance.
He is best defined as a Cultural Architect. He spent the last 20 years helping organisations and cities change old habits, allowing their strategies to work.
With both theoretical and practical understandings of what makes people engage and behave in certain ways, Javier creates award-winning interventions that produce change in record times.
Javier was the Founding CEO of The Talent Foundation and a former Senior Executive at Accenture in London. He works with a wide range of global organisations, ranging from HSBC to Buckingham Palace, to the City of Buenos Aires.
He is an active fellow of the RSA, the Editor-in-Chief for Strategic HR Review, a professor of culture change at St Andrews University, and a Visiting Fellow of the Business School at the University of Surrey.
Javier has a PhD in Behavioural Change and an MSc in Neurosciences.
His speaking style quickly engages audiences to think differently, not only about their organisations, but also about themselves. People are left with an urge to act right after the event.

Cognitive psychologist and one of the foremost specialists in leadership performance. Javier helps organisations to build powerful alignment between their beliefs, intentions, promises and actions.