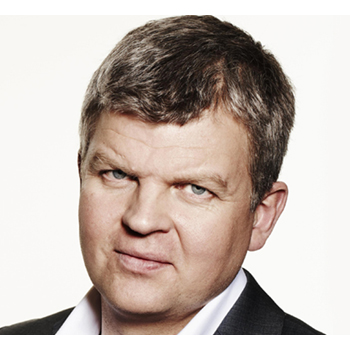 Adrian Chiles presented The One Show, Working Lunch and Match of the Day 2, as well as the post-Apprentice discussion and a host of other BBC vehicles. He presented Champions League coverage on ITV and is as much at home with sport, consumer and lifestyle shows. He is now back on 5 Live.

Originally a print journalist, Adrian joined BBC Radio as a researcher on Financial World Tonight and World Business Report. He moved into television and reported on everything from the Royal finances to European Union food policy. He also made a highly acclaimed film on perfume houses for The Money Programme.

Adrian has since trailed the likes of Richard Branson and Cameron Mackintosh for So What Do You Do All Day. He also hosted the first series of Who Do You Think You Are?.