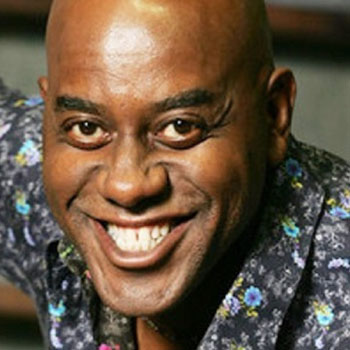 Before coming to prominence on TV and radio, Ainsley built a formidable reputation as a chef in top London hotels and as Head Chef at the Long Room at Lord's. He also formed his own catering company, supplying people as diverse as Elton John and the late Princess Margaret.

The BBC asked Ainsley to present More Nosh, Less Dosh for Radio 5. This was quickly followed by BBC TV's Good Morning with Anne & Nick where he was resident chef. Next came Ready Steady Cook and then his own highly rated BBC TV series, Can't Cook, Won't Cook. He has hosted The National Lottery Live, journeyed to Las Vegas for BBC1's Holiday Memories, appeared on Food & Drink, You Bet! Surprise Surprise and many other TV programmes.

Further TV successes with the BBC followed in 1998 with Ainsley's Meals in Minutes and Party of a Lifetime, which throws surprise parties for unsuspecting members of the public.

This has been followed by  Ainsley's Big Cook Out, a culinary journey the length of the Americas and a Saturday night entertainment, The Hidden Camera Show.

Ainsley also hosts award ceremonies where his ready wit and presentational skills are invaluable. Ainsley Harriott is married with two children and a dog.
Read More