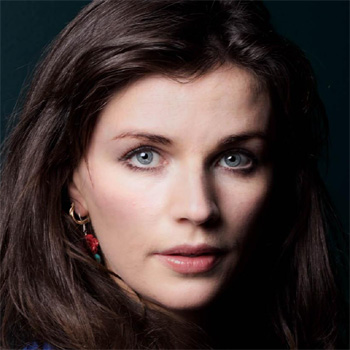 Aisling studied at LAMDA before becoming an award winning stand-up and writer with numerous TV and film credits.

She won the Best Female TV Comedian at the British Comedy Awards in 2014, a mere 3 years of doing stand up.

She has most recently been seen as Kiera Sheridan in the acclaimed BBC/Netflix drama series The Fall with Jamie Dornan and Gillian Anderson and Tom Basden’s new show In Malaysia Gap Year which went out on E4 in the UK and TNT in the US. Up and coming projects include the new BBC/HULU drama 'Hard Sun' from the creators of Luther. She has also appeared in Jo Brand and Morwenna Banks’ Channel 4 show, The Damned. Additional credits include Charlie in two series of Sky 1’s Trollied, Lisa in Green Wing creator Victoria Pile’s prime time ITV/ Netflix series Delivery Man and Laura in Sharon Horgan’s show Dead Boss.

She was the first ever female captain of the long running British panel show 8 Out Of 10 Cats with Jimmy Carr, and has also made appearances on Qi, Live At The Apollo, The O2 Comedy Gala, A League of Their Own and The Jonathan Ross Show.