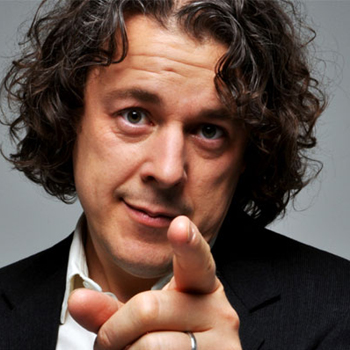 Alan is one of the UK's favourite comedians and actors. Possibly best known for the BBC series Jonathan Creek, in which he plays the part of a woolly-coiffed, windmill-dwelling magician-sleuth he is also fixture on QI, where his role is of 'everyman' - the voice of the masses, but with an uncommonly inventive wit, who says what we're all thinking and takes the negative scores upon his shoulders.
You may also have been lucky enough to see his stand-up routines which have played all over the country, to great acclaim, and to which he has fairly recently returned after a long sojourn.He has an uncanny skill for foreign accents and even appeared in adverts for Abbey National with his hair the butt of the jokes!
Corporate wise, his sardonic, slightly aloof style is popular with audiences, whether speaking after dinner or hosting an awards.
"Alan Davies has lost none of his appeal...heart tugging and deeply funny"
Read More