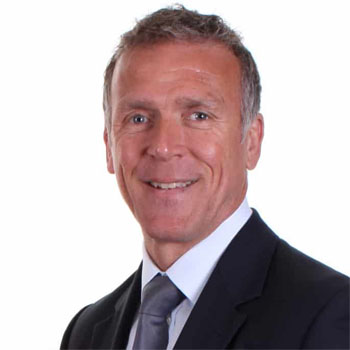 Alec Stewart is England's most-capped Test cricketer and second only to Paul Collingwood in the number of One Day International caps. He made 133 Test match appearances and 170 ODI appearances in his 14-year international career.

He succeeded Mike Atherton as England captain in 1998, promptly leading the side to a momentous win against South Africa, their first in a major series for 12 years. During his time in charge, Alec made history as the first man to simultaneously captain, keep wicket and open the batting for a side in Test cricket.
Alec has been a Surrey stalwart for over 20 years, making his debut in 1981 as an opening batsmen and occasional wicket-keeper. He finished his Test career having kept wicket in 82 of his 133 matches.
Since his retirement, Alec has taken on an ambassadorial role at Surrey, supporting the development of cricket in the county. He joined Surrey's management team in 2009 as a part-time coaching consultant.
Alec, who was awarded an MBE in 1998 and an OBE in 2003, works as an analyst for Sky Sports and the BBC and is also an ambassador for Clydesdale Bank. He is an experienced and popular host and after-dinner speaker and enjoys giving motivational talks and presentations.
His motivational and after-dinner speeches are hugely popular and he has hosted numerous corporate events including award ceremonies, gala charity dinners, Q&A panels and breakfast meetings.
Read More