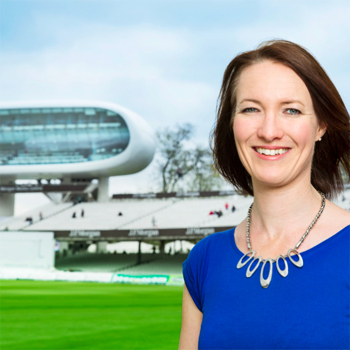 Alison is an experienced presenter, reporter and commentator. She is currently the UK's only female cricket commentator and has toured to every Test playing nation to cover the England team for BBC Radio 5 Live and Test Match Special. She was co-presenter of the Phil Tufnell Cricket Show on Radio 5 Live and has a breadth of experience having covered cricket World Cups for the BBC, the Ashes and the ICC World T-20 for ESPN Star Sports.

Alison's TV work has included presenting sport for the BBC News Channel, producing and presenting various online video diaries for the BBC Sport website, including from the Cricket World Cup 2011 and England's tour of India 2008. Alison also reported on the 2012 Paralympics for Channel 4. Other sports; she has reported on include tennis at Wimbledon, the Commonwealth Games, World Snooker Championships and World Gymnastics. Alison has strong journalistic abilities, writing a monthly column for Cricinfo and The Cricket Paper. She is also a contributor to The Times as well as The Cricketer magazine and she has a Test Match Special blog on the BBC Sport website.

As an experienced freelance broadcast journalist, Alison has worked across BBC radio as a live presenter, sports news reporter and commentator. She broadcasts mainly on BBC Radio Five Live, and can be heard on the Today programme on Radio 4, on Radio 1 Newsbeat and also on Radio 2. She also contributes to Cricket Canada.

Alison can be booked for public speaking and as an MC. She has hosted events such as An Evening with Phil Tufnell on the MV Aurora cruise ship, awards for the ICC, County Cricket Clubs, cricket dinners, lunches at the Cricket Society and Tennis Masterclasses with Tim Henman and Andrew Castle.