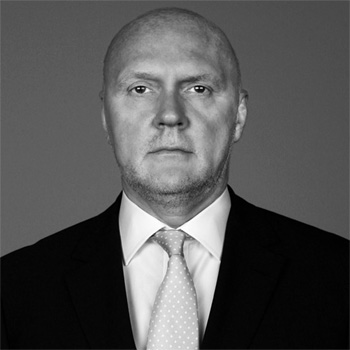 Allan started his career in Mars Confectionery as a salesman in 1974. He worked his way up through the company before leaving in 1991. He joined Pedigree Petfoods and was Sales Director until his appointment in 1992 to Asda Stores Ltd. He began his Asda career as Group Marketing Director and was appointed Chief Executive in September 1996. He was credited with turning around what he once described as a basket case into a highly successful company that was sold to US retail giant Wal-Mart for £6.7 billion in 1999. In November 1999 Allan became the President and CEO of Wal-Mart Europe.
In November 2000 he left Asda and developed a new work ethic - 'Going Plural' - taking on non-executive positions in a number of companies including lastminute.com, Dyson Ltd, Cannons Group plc, Bhs, BSkyB Group plc and Selfridges & Co.
Allan joined the Royal Mail as company Chairman in 2002, driving a period of modernisation that has transformed Royal Mail from loss making into a profitable business. Allan stepped down from his role in March 2009 making him the Royal Mail's longest serving chairman.
Allan has been the President of Loblaw Companies Ltd since April 2008 and has acted as a consultant to George Weston Ltd (Holding company of Loblaw) since 2000. Loblaw is the largest food retailer in Canada, with over 1400 supermarkets and sales of more than C$30 billion. In February 2011, Allan announced that he will be stepping aside as President and deputy chairman of Loblaw but will continue his role as business advisor to George Weston Ltd.
Allan is currently Chairman of Pandora A/S, Chairman of Pace, Chairman of Office, Chairman of MusicMagpie.co.uk and deputy Chairman of an Inspirational Journey.
In 2004 Allan was awarded an Honorary Degree at Cranfield University and in 2010 the University of Lancashire awarded him an Honorary Fellowship in recognition of outstanding achievements.
Allan is a Patron of Breast Cancer Care and all proceeds from his books 'On Leadership: Practical Wisdom from the People Who Know' and 'Tough Calls' go to this charity as part of his pledge to raise £1 million for this fantastic cause

Businessman who turned around ASDA and sold it to Walmart. Former Royal Mail Chairman and on the board of numerous companies.