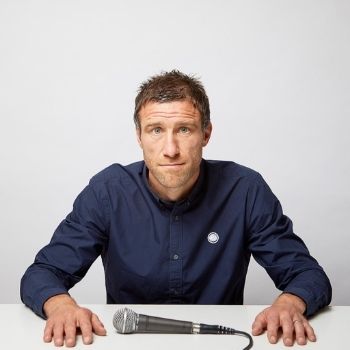 Andrew Bird is a top headline act up and down the country and has performed all round the world.
He has been tour support for Rhod Gilbert, Rob Brydon and Michael McIntyre including appearing at Wembley and the O2.
He’s one of only seven comedians to perform for Banksy at Dismal Land. He’s written on TV shows Jon Richardson’s Ultimate Worrier, 8 Out of 10 Cats Does Countdown and Lee Mack’s Duck Quacks Don’t Echo and is a regular guest on BBC Radio’s The Rhod Gilbert Show.
A great after dinner speaker choice!
"We had an awesome time on Friday. Andrew topped off a brilliant day with a great performance everyone really enjoyed his set. Nice guy too!"
Reapit Company Summer Party
“Beautifully observed and insightful¦nnot only an entertaining story but a very funny hour of fine stand-up.
Chortle
Read More