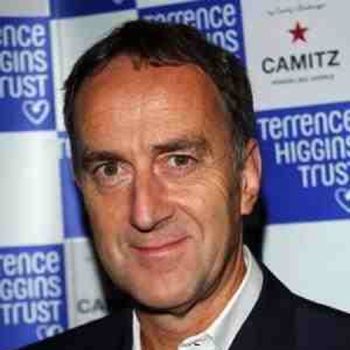 The foundation of Angus Deayton's career was a parody of British local radio stations, Radio Active, broadcast on BBC Radio 4 between 1981 and 1987, which he both co-wrote and performed in. It transferred to television as KYTV between 1989 and 1993. He presented a tribute to Radio Active and KYTV colleague and friend (and long-time BBC producer) Geoffrey Perkins for BBC Radio 4 on October 4, 2008.

During this period, Angus was also frequently seen appearing as a straight man alongside Rowan Atkinson. He starred with Atkinson in two separate roles (a pool attendant and a man on a park bench) in one of the earliest episodes of Mr. Bean, and appeared opposite Rowan Atkinson in the Black Adder episode "Born to be King" (1983) as one of the Jumping Jews of Jerusalem, a kind of medieval variety act. He also appeared regularly in comedy sketches on Alexei Sayle's Stuff.

In 1990 he was cast as the Meldrews' neighbour Patrick Trench in the suburban sitcom 'One Foot in the Grave' and was selected as the host of 'Have I Got News for You'.

His suave manner as host of 'Have I Got News for You' led to him being nicknamed "TV's Mr Sex", by a Time Out listings writer. He was much in demand as a presenter of television specials including the BBC's New Year's Eve show and the BAFTA Awards. He also featured in a series of advertisements for credit cards and the films 'Savage Hearts' and 'Elizabeth'. He was in one episode of Coupling where he appeared in a fantasy sequence alongside Mariella Frostrup.

In 2002, the News of the World published allegations about his private life. He was ridiculed mercilessly by Paul Merton and Ian Hislop on 'Have I Got News For You'  but continued as presenter of the show until a second round of allegations emerged in the papers when he was fired.  Since then, the show has been hosted by a different guest presenter each week.

He continued to work on other projects including a reunion of the Radio Active and in 2003 he guest-starred as Downing Street's top spin doctor in an episode of the BBC comedy Absolute Power, starring Stephen Fry and John Bird.  He starred in BBC comedy Nighty Night in  2004 and returned to presenting with ITV's cookery reality show 'Hell's Kitchen' and the light-hearted quiz 'Bognor or Bust'.

He co-presented the BBC Sport Relief charity programme 'Only Fools on Horses' in 2006 and in 2007 made an acting appearance in Casualty, playing an exaggerated version of himself in a Comic Relief-related storyline.

He returned to the BBC in 2007 hosting 'Would I Lie To You?' and hosted the third series of  ITV's 'Hell's Kitchen'.
Read More