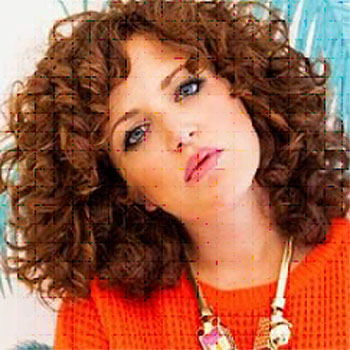 Annie Mac is in uncharted territory, a place where the rules aren't yet written.

She always has been to some extent: from helping out at Belfast's legendary Shine club as a 17-year-old student up from Dublin, she rapidly moved to the forefront of eclectic next-generation dance music, finding new spaces for it as the superstar DJ generation of the 1990s were forced to accept the advancing diversity of dubstep, grime, electro-house, indie-dance, nu rave and all the other young 21st century genres pushing through.

As the first woman to present a Radio 1 primetime dance show, she had to find her own presentation and programming style knowing full well the weight of expectation and the scrutiny she would get from all directions. That she did all this and managed to retain her uncommon naturalness with her audience – a joyfully easy, informal style that she described as “like a big sister sharing her record collection” – was testament to her drive and groundedness. That she did it and also became one of the most important figures in dance music globally beggars belief.

Now she is combining motherhood with not only radio but TV presenting, becoming an increasingly important part of Ibiza's musical landscape, and heading up and managing the Annie Mac Presents brand of festival stages, tours and heavily-anticipated yearly compilations – all of which she is very hand-on with, directing a close and dedicated team.

It helps, of course, that the dance music she's championed has taken over the world. “Dance music has never been more culturally huge,” as she puts it “and to be part of it right at this moment feels amazing.” Artists she featured on 2013's AMP compilation are chart fixtures – most notably Route 94, whose 'My Love' smash debuted on that album – and she is riding the wave alongside them, now renowned as a talent spotter in the mainstream as well as clubland.

It also obviously helps that her naturally affable persona translated just fine to screen, which made her 'Superstar DJs' TV series for Channel 4 into much more than just a catalogue of big names. With Annie not just presenting but co-producing through her own company, it became a travelogue through global dance culture, from Hakassan in Vegas, through Time Warp in Mannheim, to Miami's never-bigger Ultra festival and conference. As she says, “it gave me a real perspective of where dance music is at today” – and audiences felt the same.

Meanwhile she's taken her Radio 1 presence to Ibiza lock, stock and barrel for an entire weekend, broadcasting not just her prime Friday slot live (“with visualisation and production, feeling bigger than ever!”), doing a set in Saturday's Essential Mix before Pete Tong and Sasha, and even bringing her Sunday night 'Musical Hot Water Bottle' to her audience from the legendary chill-out hub Cafe Mambo.

A brilliant after party choice for a DJ set she is very popular on the corporate market!