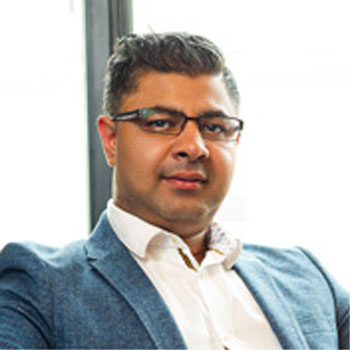 Moving to London in 1999 he worked a solid 8 years building his expertise in marketing and product development when everything was done more manually. He managed and promoted fourteen lead generation websites across Europe, America, and Australia generating over 60 million unique visitors each year and producing millions in sales revenue.

Ash was fanatical about Search Engine Marketing in its early days and as an early pioneer has hands on experience in SEO, including all the usual digital marketing channels. Over his career, he has signed partnerships with Virgin Media, Easy Group, 118 118, as well as many other well-known internet companies.

When the founder of a young Danish startup that had just moved into the UK asked Ash to become their first UK marketing director in 2007, Ash hesitated. They were an online takeaway-ordering startup - and these were the days before smartphones and apps! Everyone discouraged him, however, he soon saw the opportunity and brought his innovative growth tactics coupled with his commercial acumen and built its first marketing department .

With Ash on board, this fledgling startup grew at break-neck speed from a company with only a few takeaway orders in their first month, to ultimately getting a £1.5 billion IPO on the London Stock Exchange in 2014 - making it one of the UK’s largest tech company floatation in the last ten years. That company was Just Eat.

His work has been recognised with several nominations and awards throughout the digital world and he is well respected among his peers, and has appeared on several round-tables and marketing debates and panels. An inspiring speaker.

Topics he can speak on for your corporate event include: