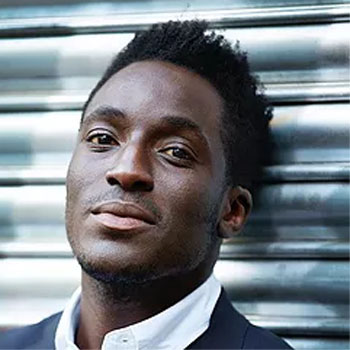 With an array of credits to his name, Ayo has worked across several genres and shows, starting his presenting career on the iconic national institution that is Blue Peter.

It was at Blue Peter that he set a brand new world record for the deepest location for an open water swim, which saw him battle across a 5 mile stretch of water in the Pacific Ocean. This incredible feat of endurance was even more significant, as Ayo had a deep-rooted phobia of deep water, so much so that he only learnt to swim 10 weeks prior to the challenge! After completing this, he went on to devise the Swim Challenge, a national movement looking to address the dwindling number of swimmers in Britain. Within ten weeks, he took a group of non-swimmers and taught them to swim, whilst exploring the issues that stop so many from taking part. The project was supported by the BBC’s Get Inspired initiative and Speedo. The project’s legacy has seen hundreds of adults of different ethnicities and age groups learn to swim in East London; providing a more holistic and accessible way to teach the sport.

With a natural aptitude and passion for sport, Ayo has gone on to present for flagship sports events and broadcasts at the BBC, including the London mini-marathon and commentary duties on the South African World Cup for CBBC. His work within this genre has seen him interview some of the greats of sport including Pele, Usain Bolt, Lewis Hamilton and Jessica Ennis. Ayo is also currently co-hosting the Heineken Champions Cup pre-match build up show 'The Big Tackle' for Channel 4.

A multi-faceted presenter, Ayo has also fronted a series of documentaries for the BBC including Teens from A Small Island, Stammer School, radio documentary It’s a Dog’s Life and his personal favourite, World Olympic Dreams. This took him to Jamaica to investigate why Jamaicans are so adept at sprinting and as a part of this interviewed track superstar Usain Bolt. Passionate about current affairs, Ayo is also regular contributor to BBC Radio 4’s Our Home Correspondent, providing topical commentary on life in contemporary Britain.

Ayo also fronts BBC current affairs series, Inside Out, for the West Midlands presenting and investigating on the stories affecting the wider community and viewers at home. As a part of this, he was awarded the RTS Midlands Award for Best Current Affairs Feature for his hard-hitting documentary on extremism.

Ayo is an incredibly versatile BAFTA nominated and RTS award winning broadcaster. With an array of credits to his name, Ayo has worked across several genres and shows, starting his presenting career on the iconic national institution that is Blue Peter.