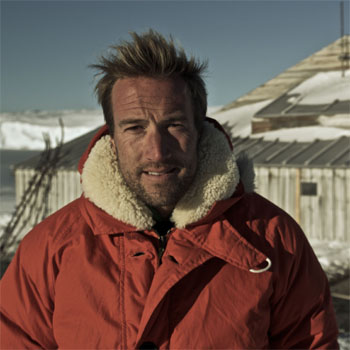 Ben is an adventurer, presenter and writer.  He has hosted a number of hit shows including eight series of the BBC's Animal Park.  He also presents Wild in Africa, Wild on the West Coast, Countryfile, One Man and His Dog and Crufts.

In 2005 he rowed the Atlantic with Olympic gold medallist James Cracknell, the BBC series, Through Hell and High Water followed their efforts, winning an RTS award.  Ben's passion for adventure culminated in the hit BBC series Ben Fogle's Extreme Dreams, in which he leads ordinary people on extraordinary journeys around the world.
Ben has written a number of bestselling books including, Offshore, The Teatime islands and The Crossing. His writing has appeared in the Daily Telegraph, Daily Mail and New York Times. He writes a weekly column for the Sunday Telegraph on rural affairs and a monthly environmental column for Sky Magazine and is a regular travel writer for the Independent.
Ben took part in the 2008 race to the South Pole and his 2009 series for BBC 2 had Ben travelling through South America.
"Very interesting speaker. He connected well with the audience and made some very relevant comparisons about risks and behaviours."   Funds to Watch - November 2015
Read More