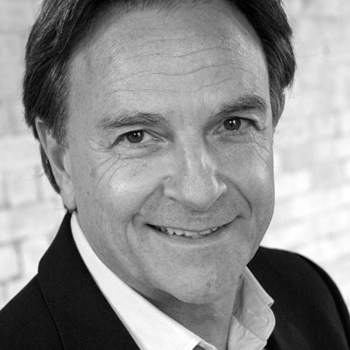 Brian Capron played villainous Richard Hillman in Coronation Street.  Other TV work includes playing the part of  Henry in Peak Practice,  Tracy's sexist boss in Birds of a Feather, and Rex, the record company boss in Jimmy Nail's Crocodile Shoes.  He was Mina's husband in Eastenders and for 3 years he starred as Murray in his own sit-com Full House.   He played opposite Dawn French in Murder most Horrid and more recently played the Murderer in Taggart.  Films have included Emma, Hope Machine, Soup, 101 Dalmatians, and Still Crazy.

Other T.V. work includes Minder, Casualty, Bergerac, The Bill (5 different characters!), Moon & Son, Return to Blood River, Without Walls, and many more. However, many people will still remember him as Mr Hopwood in the highly acclaimed children's series Grange Hill.