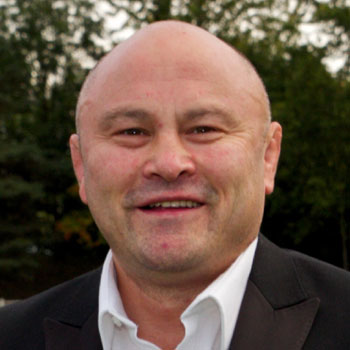 Former England and British Lions hooker Brian Moore was one of rugby's most fierce competitors. Moore was at the heart of the England packs of the late '80s and '90s and a leading critic of the RFU administration who were attempting at that time to keep the top class game on an amateur footing.

Perhaps 'Pit-Bull's' finest moments came on the British Lions tour of Australia in 1989 when he nailed a Test berth in the victorious series. Remarkably, such was his desire to get into the starting line-up that he refused to utter a single word to the other hooker in the Lions squad, Ireland's Steve Smith, for the entire duration of the tour.

Making his England debut in 1987, he amassed 64 international caps before retiring at the end of the 1995 World Cup. A lawyer by profession, he has many business interests and is also a popular pundit across the media. His Autobiography "Beware of the Dog" won the William Hill Sporting Book of the Year and was a best seller.

"Brian was great and very entertaining, everyone thoroughly enjoyed themselves."  Charity Rugby Dinner for Canterbury RFC
"Our guests said how much they enjoyed your speech. They found you very funny and entertaining! From our perspective, it has been a pleasure to work with you and we appreciate the time you spent with us in advance of the event, and on the day, in planning to ensure that everything ran smoothly."  Marketing Manager, National Federation of Builders - NFB Awards
Read More