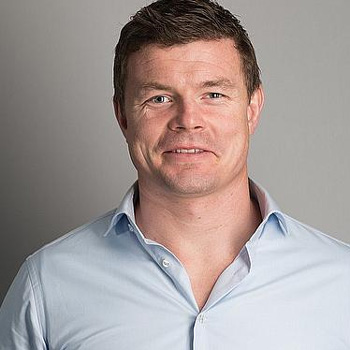 One of the most feared players in the game, O'Driscoll has lit up the rugby world since bursting onto the international stage. The all-time Irish record try scorer, O'Driscoll has also led his country more times than any other player and with brilliant defensive qualities and dazzling attacking skills he poses a threat all over the field.

The Dublin-born centre made a rapid rise through the representative ranks, impressing at Ireland Schools, U19 and U21 levels - including victory at the IRB Under-19s World Championship in 1998. He was called into the senior squad for the first time against Italy in April 1999 but had to wait until that summer's tour to Australia for his debut.

A 20-year-old O'Driscoll claimed his first cap on 12 June 1999 at Ballymore when the tourists were outclassed 46-10 by the Wallabies. O'Driscoll later played in all four of Ireland's games at the 1999 Rugby World Cup, scoring his first try against the USA.

The fleet-footed back then made headlines around the world in the 2000 Six Nations with a hat-trick of tries against France to propel Ireland to their first win in Paris in 28 years. In 2001, O'Driscoll was selected for the British & Irish Lions tour to Australia and subsequently appeared in all three Tests against the Wallabies - notably scoring an outstanding individual try in the 1st Test victory at The Gabba in Brisbane.

'BOD', as he is nick-named, once again impressed in the 2002 Six Nations Championship notching a hat-trick in the 43-22 victory over Scotland at Lansdowne Road. He captained Ireland for the first time when winning his 31st cap against Australia in November 2002 and took over as skipper of the squad for the 2004 Six Nations after Keith Wood's retirement.

O'Driscoll then led Ireland to a second-place finish in the Championship, and in the process the Triple Crown. On 11 April 2005, he was named captain of the team for their 2005 tour of New Zealand - becoming Ireland's first Lions captain since Ciaran Fitzgerald in 1983.

Sadly his playing contribution was cut short when he suffered a dislocated shoulder in the 1st Test defeat to the All Blacks. A controversial double tackle from All Blacks Tana Umaga and Keven Mealamu during the Christchurch clash on 25 June ruled him out for the rest of the tour.

Later the same year O'Driscoll was named captain of his Irish province Leinster and in his first year as skipper he led the squad to a Heineken Cup semi-final and a runner-up finish in the Celtic League.

With speculation growing that O'Driscoll was considering a lucrative move to play his club rugby in France, the Irish Rugby Football Union moved to secure his services in late 2005.

O'Driscoll subsequently signed a deal with the IRFU to keep at Leinster through the 2007 World Cup and later he put pen to paper on a contract that would keep him at Leinster until 2011.

O'Driscoll made his playing comeback for Leinster in December before inspiring Leinster's run to the Heineken Cup semi-finals where they were beaten by rivals Munster.

Also in 2006, O'Driscoll guided Ireland to their second Triple Crown in three seasons culminating in a famous 28-24 win against England at Twickenham. To cap a fine year he led Ireland to a hat-trick of wins over Southern hemisphere opposition - South Africa, Australia and the Pacific Islanders.

O'Driscoll then led Ireland to their third Triple Crown in four years in 2007 after Ireland recorded victories over Wales in the Millennium Stadium, England in an emotional clash at Croke Park and Scotland at Murrayfield.

He exceeded Keith Wood's captaincy record of 36 tests when Ireland defeated Italy in their last game of the Championship. O'Driscoll was named as the RBS Player of the Six Nations in both 2006 and 2007.

The enduring O'Driscoll was sidelined with injury prior to the 2007 Rugby World Cup but took a full part in what proved to be a disappointing campaign for the Irish. He then featured in four of the 2008 Six Nations matches, missing out the final game through injury.

He did however taste success on the domestic stage by leading Leinster to the Celtic League title in May before returning to the international fray on the summer tour later that year - extending his try-scoring record in the defeat to Australia.