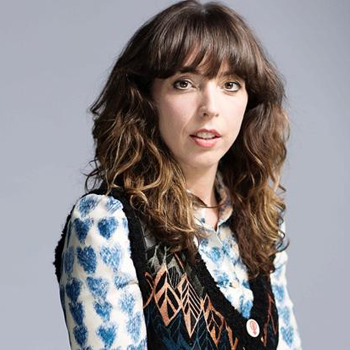 Winner of the 2013 Foster's Comedy Award for the best show at Edinburgh, Bridget's feminist comedy show 'A Bic for Her' was described as a "beautifully written, delightfully delivered show from a consummate comic."
Born in Gloucester to Irish parents, Bridget's father worked in a factory and her mother in a care home. One of nine children, she left school at 16 and did menial jobs for a few years before she won a place at The Academy of Live and Recorded Arts in Wandsworth.
She was a finalist in Funny Women 2004, nominated for the Leicester Mercury Comedian of the Year 2005, won the inaugural Funny Women Best Show Fringe Award 2007 and was nominated for the Chortle Best Breakthrough Act 2009.
She has appeared in several TV and radio comedy shows, including BBC One's The Omid Djalili Show, E4's Cardinal Burns, Harry Hill's Little Cracker (Sky), Anna and Katy (Channel Four), It's Kevin (BBC2), Have I Got News For You (BBC One), The Culture Show (BBC Two), and various spots on The Alternative Comedy Experience (Comedy Central).
Her debut BBC Radio 4 series about feminism, Bridget Christie Minds the Gap, caused "a twitter avalanche of praise"..  She can be seen in Harry Hill's Little Internet Show as an ant, and also as a person on a beach, shouting.
In March 2013 Bridget performed her own solo show 'War Donkey' as part of the Women of the World Festival at the Southbank Centre.
She has appeared in BBC Radio 4 shows including The Broadcasting House Programme, Andy Zaltzman's History of the Third Millennium, The News Quiz, Miranda Hart's House Party, It's Your Round, Sarah Millican's Support Group (Series 2), Loose Ends, The Fred MacAulay Show, Dan Tetsell's The 21st Century for Time Travellers, The Now Show, Heresy, Kerry's List and Dilemma.  She has also presented Radio 4 Extra's Comedy Club.
Bridget is married to comedian Stewart Lee who co-authored the controversial musical 'Jerry Springer: The Opera' - and lives in Hackney with two children and a cat.
Read More