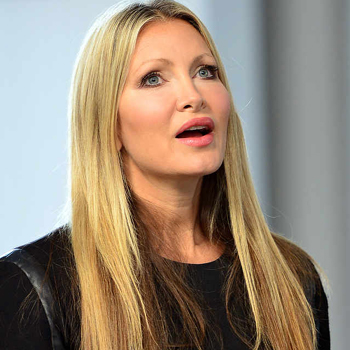 Caprice ventured to England from Southern California and quickly became one of the most photographed women in the world having appeared on 300 magazine covers across the globe and over 150 TV shows and films. She was voted GQ Magazine’s Woman of the Year, and Maxim’s International Woman of the Year for three years running. She received rave reviews in London’s West End playing the lead role in ‘The Vagina Monologues’ and the musical ‘Rent’. She later bought the rights to the hit production, ‘Debbie Does Dallas the musical’ which she produced and starred in.

In 2006, Caprice started By Caprice Lingerie, which she fully finances, designs, models and markets. She started the company in hope of creating a brand and company that she could pass on to her future family and most importantly doing what she loves to do best: make gorgeous, comfortable, garments for her customers so they feel beautiful, sexy and feminine.

By Caprice Products has gone from strength to strength since its launch in 2006. CEO Caprice Bourret has built up the business entirely on her own and Autumn 2015 saw the launch of By Caprice Home – an exclusive home interiors range.

Caprice uses her own success and life experiences to empower and inspire through motivational talks she gives to college students, entrepreneurs and CEOs.

An avid philanthropist, she has raised hundreds of thousands of pounds for charities and Caprice is patron to Woman’s Trust. Caprice and her partner Ty Comfort reside in London with their two beautiful children Jett and Jax.

Versatile, intelligent and a hugely successful TV presenter and businesswoman, Caprice is a popular conference & event host and keynote speaker.

“Never have I seen an inspiring CEO with as much sheer will to succeed like Caprice Bourret. Amazing lady!” Sussex Chamber of Commerce Conference 2016