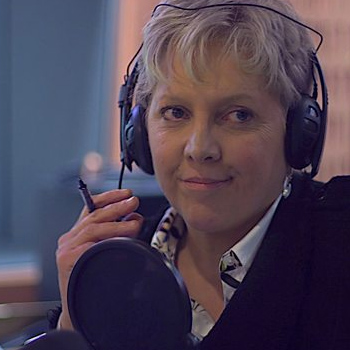 Carrie Gracie has been a BBC journalist for more than 30 years and a China watcher for even longer!

In December 2013, the BBC created a new role as China Editor and asked Carrie to take up the post.

In January 2018, Carrie resigned that post in a protest at unequal pay, publishing an open letter to BBC audiences. She later appeared before a parliamentary committee. After a yearlong struggle, she won a public apology from the BBC and back-pay. She donated the money to the gender equality charity, the Fawcett Society, to help low paid women facing pay discrimination.

Keen to help drive a change in workplace culture at the BBC, Carrie returned to HQ to work with the campaigning group BBC Women. She currently serves as a senior presenter on the BBC News Channel.

Carrie is available for keynote speaking on two primary topics, in addition to being a popular conference facilitator:

Diversity & Inclusion: The gender pay gap and other areas of equality in the workplace.

In 2018, Carrie Gracie resigned her post as the BBC’s China editor and publicly accused her employer of unlawful pay discrimination. In addressing a defining issue of our time, Carrie became a figurehead for the equal pay movement and a beacon of hope for thousands of women who told her their own stories. Carrie talks thoughtfully and humorously, but also with compelling clarity and humanity, about how to transform workplace culture, how to tackle the gender pay gap, how to achieve meaningful diversity and inclusion, and how to sustain and build employee trust.

It’s commonplace to observe that China’s world view is different from the West's, but much harder to pinpoint the difference that matters and predict how it will play out in our own workplaces and lives. Real understanding of China is as rare in the early 21st century as it is vital. Carrie Gracie is an authority on modern China, with three and a half decades of first hand experience inside the world’s rising superpower. As BBC China editor, her coverage carried huge credibility with policy makers and public alike.