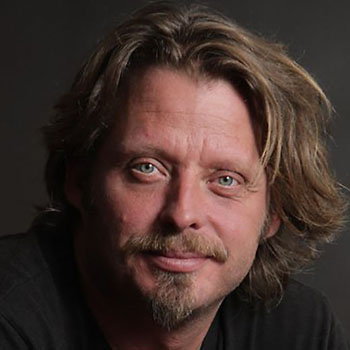 Actor, travel adventurer, motorcycle enthusiast and charity ambassador, Charley is the son of the acclaimed film director John Boorman. His acting career began when, as a child he appeared in the film 'Deliverance' in 1972. Since then he has appeared in various films. It was on the set of 'The Serpent's Kiss' that he met Ewan McGregor, a fellow motorcycle enthusiast. They became firm friends and began a series of adventures around the world.
Charley has produced adventure travel documentaries for the BBC, Sky, Channel 5 and the National Geographic Channel since 2004, beginning with the award-winning series 'Long Way Round' when he and Ewan McGregor rode motorcycles from London to New York via Europe and Asia. In 2007 they filmed 'Long Way Down', travelling from John O'Groats to Cape Town.
Charley's love of motorcycles and racing led him to take part in the Dakar Rally, one of the most demanding and dangerous races on earth, for a TV programme 'Race to Dakar' in 2006. On the fifth day  Charley crashed, damaging his hands, but he took on the role of team manager and managed to get one of the three-man team, Simon Pavey, to the finish line.
In 2008 Charley travelled solo from Ireland to Australia, using any method of transport he could find, for the programme 'By Any Means'. Covering some of the world's most exciting and dangerous terrain, he crossed Nepal, Iran, Thailand and Indonesia on trains, container ships and cement barges and in dugout canoes and solar cars. The follow-up in 2009 'By Any Means 2' saw him travelling from Sydney to Tokyo.
'Extreme Frontiers' (2011) saw Charley travel across Canada from east to west taking on challenges including canoeing, rodeo riding, heli-mountain biking, wreck diving and ice hockey. The second series of Extreme Frontiers for Channel 5 is being released in 2013.
In 2011 Charley took part in the reality TV game show 'Famous and Fearless' presented by Chris Evans, in which eight celebrities competed in extreme events for charity. Charley won, raising £70,000.  He gave £40,000 to UNICEF and split the rest between the charities of his fellow contestants. Charley is an ambassador for UNICEF, alongside Ewan McGregor.
Charley (who is dyslexic) is the president of Dyslexia Action and is a fervent supporter of Help for Heroes, visiting the troops in Afghanistan in December 2009.
He was diagnosed with testicular cancer in 2010 and is an ambassador for Movember.
Charley is a raconteur and performer. He has undertaken a theatre speaking tour of the UK and Ireland and is a popular choice for corporate engagements.
Read More