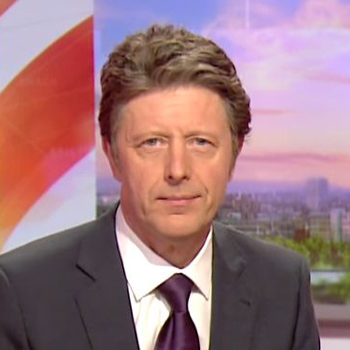 Charlie Stayt is the presenter of BBC Breakfast on BBC1 where he broadcasts live to an audience of over 7 million people every day.  During his time on the famous red sofa he has handled major breaking news stories and interviewed everyone from Prime Ministers to business leaders, Hollywood actors to sports personalities and music stars to inspirational charity fundraisers.
Before joining the BBC Charlie was a correspondent and news anchor with ITN's Channel Five News, including fronting their live coverage of the 9/11 terrorist attack.
In addition to his role as a news journalist and anchor, Charlie also has huge experience across many areas of TV programming. At FIVE he hosted the reality show "˜Jailbreak‘, live studio debate programmes, and live investigations into the paranormal with Carol Vorderman.
Charlie‘s talents don‘t just stop at news journalism. On BBC Breakfast his cooking has been judged by Paul Hollywood and Mary Berry, he has sung with the US tenor Noah Stewart, and cycled the Velodrome after being coached by Olympic Gold medalist Ed Clancy. He has also competed in Total Wipe Out, and danced in front of 12 million people for Children in Need.
Charlie has a natural rapport with people from all walks of life and his gentle humour and relaxed but confident and unflappable style mean that he is in constant demand from corporate clients. He has a wealth of experience of hosting major live events, debates and award ceremonies.
Read More