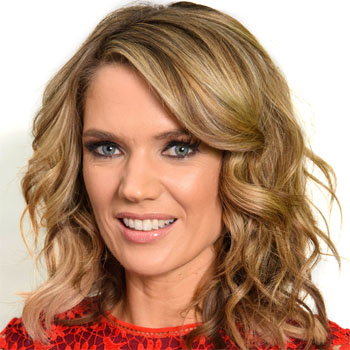 Charlotte is an experienced TV presenter who currently anchors on ITVs breakfast show, Good Morning Britain which she joined upon its launch. She has appeared on a range of other TV shows including Celebrity Juice, Britain’s Got More Talent, Pointless and Tipping Point and is currently part of the presenting team for ITV Racing on major race days.

Charlotte has interviewed not only a number of prominent politicians over the years, but also top celebrity names such as David Beckham, Oprah Winfrey, Sir Paul McCartney and Sir Elton John.

She recently featured as a presenter in the film Burnt with Bradley Cooper, and also made guest appearances as a newscaster for both Diversity and The Wanted on their tours.

This year Charlotte has joined the Classic FM team, where she will have a weekly show on the UK’s most popular classical music station. Charlotte will be playing all the classics as well as new discoveries and young talent.

Charlotte is passionate about travel and has had articles published in the Mail on Sunday, the Sunday Telegraph, the Independent on Sunday and Conde Nast Traveller Magazine.

She supports several charities and is Patron of Motor Neurone Disease Association after her father died from the disease in 2015. She is also Patron of the children’s charity Ellenor Hospice, and is a supporter of the Dogs Trust due to her rescue dog Bailey.

A great charismatic host and after dinner speaker.