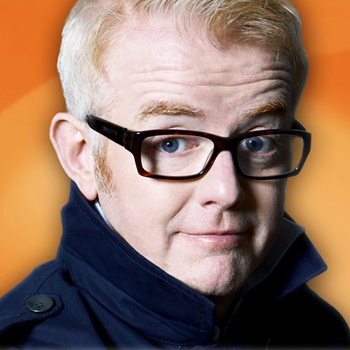 Chris Evans' rise to fame has taken him from opening Timmy Mallett's mail to being one of Britain's most high-profile presenters.

His entrepreneurial zeal emerged at an early age, when he ran the local newsagents in his home town of Warrington and set up his own Kiss-o-gram and Private Detective agencies.

He began his broadcasting career at Piccadilly Radio then moved to GLR, where his infamous Saturday morning show attracted a huge cult following . He later took the format to Virgin 1215.

A stint on the short-lived BSB Channel, The Power Station allowed Chris time to hone his presenting technique, until Channel 4 opted for a different type of early morning show with The BIG Breakfast when he spearheaded the morning extravaganza alongside Gaby Roslin. Within weeks The BIG Breakfast topped two million viewers, making him a national star.

In 1993, Chris formed Ginger Productions and created the hit Saturday night show 'Don't Forget Your Toothbrush'. When he agreed the sale of the Ginger Media Group for £225 million in 2000 he continued to host the breakfast show but was dismissed in 2001.

He returned with a  re-energised BBC Radio 1's Breakfast Show before launching TFI Friday on Channel 4, which ran for 5 years.

Chris presented the breakfast show on UK Radio Aid's day of programming for the victims of the Asian Tsunami, the Brit Awards and Comic Relief in 2005 and the Drivetime show in 2006.  That year he was named music radio personality of the year at the Sony Radio Academy Awards.
He took over from Terry Wogan to host the Radio 2 Breakfast Show in 2010 and on BBC TV he presented The One Show on Fridays until 2015.
A keen golfer and a fan of fast cars, particularly Ferraris, Chris has a prized automobile collection and he founded the CarFest charity motoring festival.
Read More