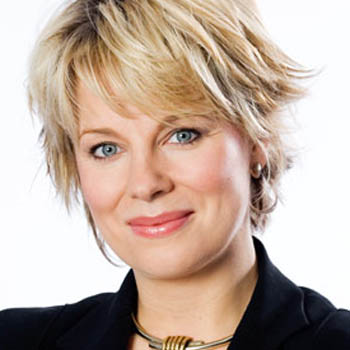 Daisy started as a researcher in the House of Commons and, at the age of 23, changed her job there to become editor of The House Magazine for two years.  She later became a freelance political journalist in the House of Commons Press Gallery and in 1999 was a press secretary to the Liberal Democrat Leader, Charles Kennedy.
After the 2001 general election, she focused on a career in broadcasting, making regular contributions across television and radio, and before long she was presenting Channel 4's lunchtime political programme, Powerhouse.  She continued to write a weekly interview column for The House Magazine, reporting on politicians from all parties.
She became a political correspondent for BBC News and co-hosted the weekday lunchtime show 'The Daily Politics' on BBC2 with Andrew Neil as well as presenting Yesterday in Parliament on BBC Breakfast.
In 2005, she joined ITN as chief political correspondent for ITV News and in 2008 became Economics Editor and in 2011 she became Special Correspondent for ITV News.
On radio she has hosted her own daily drive-time programme for London's LBC 97.3 'Driving Home with Daisy'.  She has appeared three times on 'Have I Got News For You' on BBC1 and has been a regular on The Wright Show and Despatch Box.
Daisy hosted the 2016 Mayoral election coverage on London Live, the capital's TV channel.
Daisy is an experienced keynote speaker in the areas of finance and politics, as well as being an excellent conference chair, facilitator and awards host.
She is a patron of the St John's Hospice and actively supports Crisis.
"Having assembled the speakers for Leave and Remain we asked Daisy McAndrew to chair the meeting. We could not have asked for more.  Daisy made the evening!  With effortless charm and a twinkle in her eye, she kept the debate balanced, forthright, informative and yet fun. Daisy engaged and encouraged the audience and where necessary needled the panel. We - and our members - were delighted with the event and it was in no small part down to Daisy." The Royal Warrant Holders Association  - 2016
"Daisy agreed to chair what turned out to be by far our best client event in Pagefield's five year history. We decided to offer up an expert panel to discuss the consequences of the referendum result the morning after the night before. With an unexpected Brexit result, we have never had a better attended event - and with a lot of rather nervous business folk. Daisy took command of the room, set the perfect tone for what turned out to be a Brexit Brunch and prompted an expert (and opinionated) panel to give some serious insights into what our audience could expect to see in the weeks and months ahead. Client feedback about Daisy's performance was glowing and we were one very happy consultancy." Senior Partner & Founder, Pagefield Communications - 2016
"Daisy was a fantastic asset to our project astute, engaging and charismatic, she put everyone at ease with her warm and professional manner and hosted our Google Hangout faultlessly. I would not hesitate to work with her again."  HSBC - December 2015
Read More