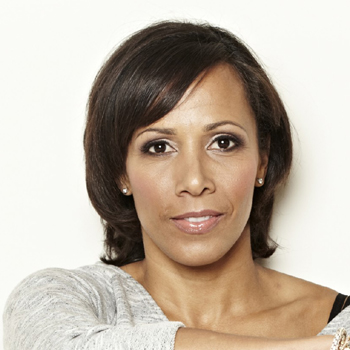 Dame Kelly Holmes secured her place in history by becoming the first British female athlete to win both the 800m and 1500m in the 2004 Olympic Games. One of her most successful seasons ever, Kelly's achievements on the track in 2004 set the pace for 30 high profile awards and accolades, among others BBC Sports Personality of the Year, European Athlete of the year, the prestigious title of the Laureus World Sports Woman of the year and in 2005 the ultimate honour of a Damehood by the Queen in the New Year's Honours lists.

Since retiring in 2005, Kelly has developed both her professional and personal career path.  Founding On 'Camp' with Kelly in January 2004 a mentoring and education initiative for junior middle distance athletes.

Kelly then founded her own charity the Dame Kelly Holmes Legacy Trust in 2008 which she actively Chairs, to provide support to other elite performers as they develop a new career, whilst at the same time making the most of their skills and experience, and mentoring young people through personal development programmes.

Kelly an Ambassador and Patron to charities including The Princes Trust; The Variety Club of Great Britain; The Duke of Edinburgh's Awards Scheme and Sports Relief as well as being a key member of the Ambassador Team for the London 2012 Olympic bid.

Kelly was National School Sports Champion for 3 years under Gordon Brown and also chaired an Olympic Legacy Taskforce on behalf of David Cameron suggesting a 'School Olympics' to create competitive sport within schools as part of the sporting legacy post London 2012, which has now been adopted as a policy.

Kelly joined us on Thursday 17th September and delivered a Speaker Taster Session- check it out here!