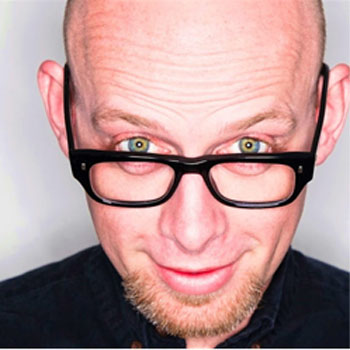 Dan Nightingale is widely regarded as one of the best performers working on the comedy circuit today. Mixing fiendishly accurate observation with energetic characterisations and killer punch lines, his comedy is original, playful, intelligent, poignant and exciting; sometimes ridiculous… but always hilarious.

Dan began his comedy career in Newcastle in 2002, and is now one of the most recognisable faces on the North West Comedy circuit. He founded the Frog and Buckets ‘Beat the Frog’ amateur night, which quickly became the best new comedy night in the North. As well as his reputation as a top-class circuit headliner and in-demand MC and host, he has also performed regular TV warm up for the likes of Jonathan Ross, John Bishop and Celebrity Juice.

No stranger to the comedy festivals, he has take 5 shows to the Edinburgh Fringe as well as appearing at the New Zealand Comedy Festival.